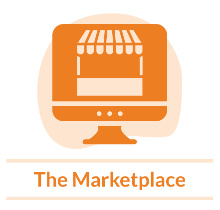 From the article, How Governments Can Work with Schools to Bridge the Digital Divide for Students﻿ published in the State Tech online magazine by author Kevin Cucuel

The coronavirus pandemic has uncovered large gaps in access to affordable broadband internet, something that local governments have been trying to address for much of the past year.

When the pandemic forced schools across the country to quickly transition to remote learning last spring, it also exposed the degree to which students and their families are dependent on reliable broadband connections for their education and well-being. State, county and city governments have been working hand in hand with school districts to deliver funding and get students access to the devices and connectivity they need.

Yet what all of those efforts have made clear is that there is no single model that works in every municipality and every school district. State and local government IT leaders, along with their counterparts in school systems, have been working collaboratively in ways they previously hadn’t to solve digital equity challenges.

Initially, local governments and school districts set up Wi-Fi hotspots in parking lots at schools and other public buildings. However, that proved to be a stopgap solution in many areas. County governments have been able to use emergency federal funding to help school districts procure devices such as Google Chromebooks, mobile access routers and other devices.

As StateTech has reported, in Minneapolis, the city government partnered with the nonprofit PCs for People to obtain 540 computers, including Dell laptops and desktops along with Apple iPad devices, for students in Minneapolis. The city also brokered discussions with internet service providers, and the local provider, U.S. Internet, eventually offered free internet for the school year for families who needed it.

In California’s Santa Clara County, the local government was able to allocate $7.1 million in county funding to “help address digital equity issues for the most vulnerable families,” StateTech reports.

Ultimately, which entity pays for such devices and connectivity — a government agency or a school district — is not as important as the goal of getting students and their families access to badly needed broadband.

Once school districts were able to get devices into students’ hands, where the funding came from didn’t really matter, in many cases. Partners such as CDW•G have helped school districts with managed services for these devices, including setup and cybersecurity protections.

How to Close the Digital Divide for the Long Term

The pandemic has offered many lessons for government IT leaders, especially at the county and city level, when it comes to the digital divide. The more these leaders are involved in their local communities and connected to their school district leaders, the better off such partnerships will be.

Going to school board meetings and fostering regular communication will make the work of expanding digital equity an ongoing, collaborative partnership, and not just an ad hoc initiative needed for emergencies. That will help students and residents in general in the long term.

Schools may also be able to take advantage of the resources cities and counties have to offer. For example, schools can leverage Wi-Fi hotspots deployed on public infrastructure and buildings. Public libraries can become destinations for accessing both free Wi-Fi and broadband-enabled devices.

Each community will need to determine the best solutions to meet its needs, but knowing what each side of a partnership is doing will help make them more productive. Memorandums of understanding can help delineate responsibilities for each party.

The pandemic has made clear that government has a large role to play in providing and fostering access to connectivity. Broadband is the lifeblood of education and the modern economy in the 21st century. Government IT leaders can be instrumental in making sure there is equitable access to such a vital resource.